There are two different opinion, in fact some people think optimistic prospective for Indian movie, like Shashi Thoroor:”Once it was feared that Hollywood cinema would crush local film making” (Financial Times 2005). On the other hand, there are some critics, who said:” I cannot help wondering why so many of the films these days look so monotonous.”

First of all, the Indian market is too large and prosperous. In fact if you consider the tremendous number of Indian consumer and the South Asiatic area, you will be impressed, so it may be a threat, when the Indian culture will impose overseas. For example, in Toronto there is one of the biggest Indian community in the world, and through them the Indian movie culture can be ranked overseas.

a) Hollywood trends. The structure of global film market is based upon the Hollywood trends. But there are a tremendous numbers of small niche of market that are developing to be more attractive than in the past. So I can affirm that this is not flat world, but it’s an interesting melting pot of culture and tradition, where there are so many opportunities to make money. 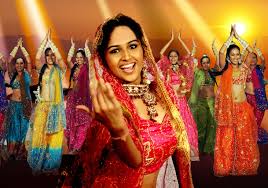 b) Local cinema. This world is changing so it’s so difficult to intercept the new trend and the new soul of cinema, and local cinema. In fact, the filmed production has to be flexible and dynamic to have refreshed offers, the local cinema is expanding like a new way to produce film.

c) Internet. I think that the new channel of cinema distribution may be internet, so this prospective can change the point of view of film Industry, because the traditional consumer can be producer, in fact Kotler in Marketing 3.0, he talks about “prosumer”. Everyones have the possibility to produce a film and to share on Youtube, the biggest platform of video sharing, in brief the new domestic cinema. (look also, Apple tv and Google tv project)

In conclusion Bollywood has a big chance to expanded its market, everywhere there is one Indian people because Indian cinema’s topic talks about well-established characters of Indian culture, like pre-matrimonial promise, or about religious figures, so it’s so difficult remake B’wood’s proposal. On the other hands H’wood has a big opportunities to take advantages of visibility and advertising low cost, because the Indian cinema is such poor, so the American filmmakers can use India in order to research and develop new form and techniques of cinema by low budget.